Kickstarter vs Crowdfunder: Which is the Best Crowdfunding Platform For You? 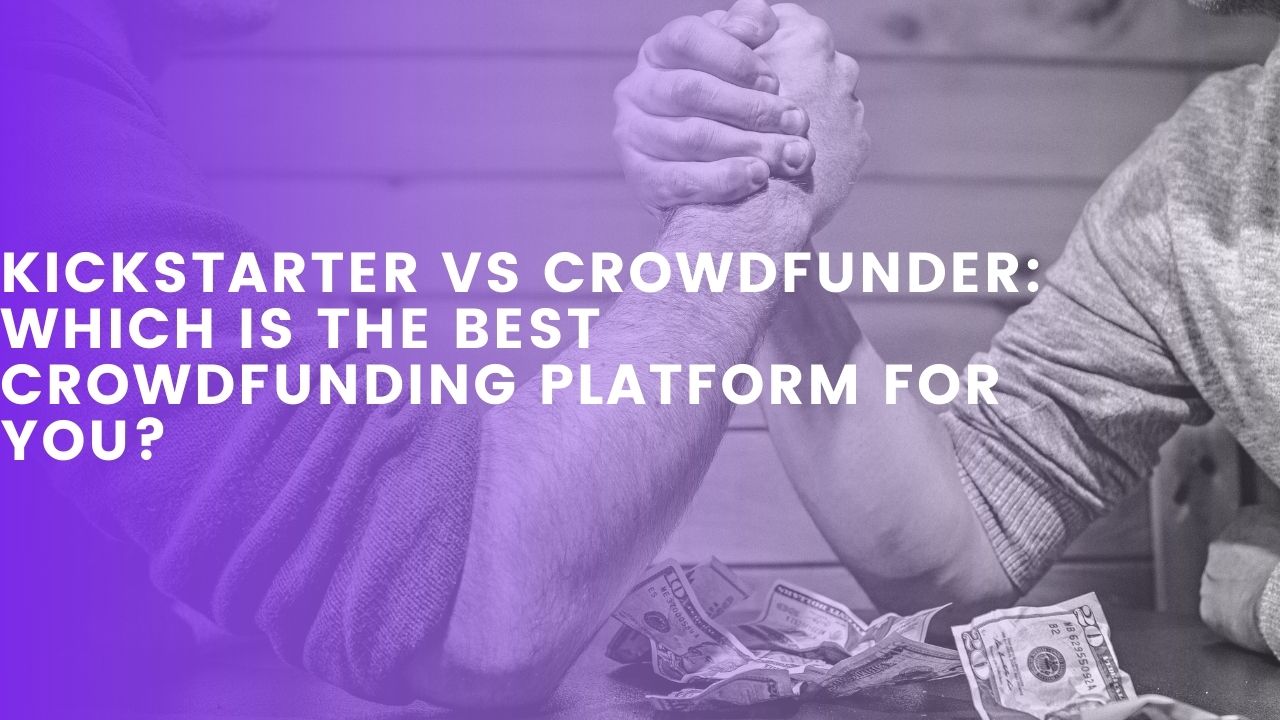 16 Nov Kickstarter vs Crowdfunder: Which is the Best Crowdfunding Platform For You?

If you are looking to fund your next big business idea or personal initiative, crowdfunding remains an attractive alternative to pursue your goals. Trouble is, there is a glut of crowdfunding platforms out there, each with their pros and cons. For this article, we help you choose between two popular options – Kickstarter vs Crowdfunder.

Let us begin by looking at Kickstarter

Kickstarter – Why choose it?

As a trendsetter, Kickstarter has a well-defined yet tough approval process to launch projects.

To date, over $1.2 billion have been raised via Kickstarter. The platform continues to attract as many as 10 million monthly visitors to its website. As you can see, it remains popular among people who want to launch projects and those who want to support their favorite ones.

Unlike some crowdfunding platforms, Kickstarter does not release your money until your predefined funding goal is met. This might appear rather limiting at first, but it does have it benefits. If project managers know that there’s enough funding, their team is able to benefit from long-term planning. For users, it is easy to move on to other, more successful projects if they can see there’s not enough funding for the project.

Kickstarter is a rewards-based crowdfunding platform, which allows campaigners to offer pre-defined goodies for hitting certain funding milestones. The better the rewards on offer, the more confident backers will be to fund your project.

Crowdfunder – Why choose it?

Crowdfunder was launched in 2012 to cater to a different kind of investor. This platform is targeted at startups and entrepreneurs with projects that have high growth potential.

It was the first equity crowdfunding platform, offering investors a stake in your company. It is suited for early-stage startups and businesses who want to raise seed stage, Series A & Series B funding. Inception stage startups are not considered.

Unlike most crowdfunding platforms, Crowdfunder is open to accredited investors only. And while that limits the pool of potential backers, it is important to remember that your project will be backed by entirely by professionals who are as invested in your project’s success as you.

Kickstarter vs Crowdfunder – the Fees

Kickstarter charges a flat 5% platform fee and a further 3-5% for pledges made through its payment processor. It is important to note that these charges are only levied if your project meets its funding goals. If not, the money is released and sent back to the concerned parties.

In comparison, Crowdfunder does not charge a platform fee. It does however charge at least $299 monthly to use its platform and access its network of elite accredited investors. That being said, Crowdfunder allows you to set up a ‘private deal room’ ahead of your fundraiser at no additional charge. You can start setting up your company profile, collect your deal documents and gather your team members.

To make your campaign public on Crowdfunder, you will need to subscribe to any of these three subscription packages:

You are now in a better position to decide which crowdfunding platform – Kickstarter vs Crowdfunder – is best for you.