Kickstarter or Patreon: Which is Better to Crowdfund Your Project 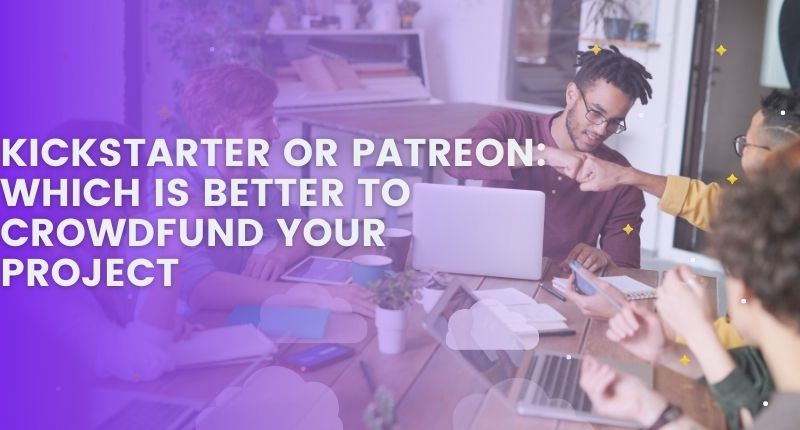 09 Nov Kickstarter or Patreon: Which is Better to Crowdfund Your Project

We will look at their similarities as well as differences. By the end of this post, you will know which works best for you.

Kickstarter vs Patreon – How do they work?

Kickstarter is the world’s first and arguably the most popular crowdfunding platform. Launched in April 28th, 2009, it has singlehandedly given birth to crowdfunding as we know it. The platform lets you launch projects, both commercial and creative, which can be used to raise funding. And in case you meet your funding goals, you are obligated to provide rewards to those who supported your idea.

Patreon is another crowdfunding platform, but with a twist. It makes use of a subscription-based model for raising money. It is aimed towards influencers and artists online, who are in the business of making content. What we have here is not a one-time pledge for rewards, but rather a community of fans making recurring payments wile subscribing to a creator’s content. You can either charge your fans monthly or per creation.

Kickstarter vs Patreon – Are They Similar?

In a word, yes. Both Kickstarter and Patreon have copied each other’s strengths with the passage of time. Kickstarter now overs its very own subscription-based crowdfunding service under the Drip sub-brand. You no longer need to launch multiple Kickstarter campaigns to collect money from your followers. You can have it done with one campaign at Drip. However, unlike Patreon, Drip remains an invite-only service. You will have to request an invite and wait for approval before you upload your campaign.

After getting customer feedback, Patreon now offers funding support for businesses like restaurants and local haunts.

Why Choose Kickstarter Drip Over Patreon?

If you are already familiar with Kickstarter, you can enjoy deeper integration between Drip and it. Kickstarter’s 13.7 million backers can already support creators at Drip.

Content creators who sign up for Drip are able to export their data and content to other subscription platforms. Which means you can easily try it out, or migrate to another platform.

Why Choose Patreon Over Kickstarter?

Patreon makes it optional to offer rewards for your backers while Kickstarter makes it mandatory. However, Patreon still recommends setting up rewards.

There are fewer content restrictions on Patreon than on Kickstarter.

Furthermore, you can enjoy continuous crowdfunding unlike with Kickstarter. You can instantly bring your campaign online after signing up and filling the basic information. Kickstarter has a stringent filtering process that could take anywhere from a few hours to 3 days.

Kickstarter Drip vs Patreon – What are the Fees?

Hopefully you will be now in a better position to choose what is better for your crowdfunding needs – Kickstarter or Patreon?