Can Indiegogo Be Trusted? How Trust Affects Campaigns & Backer Confidence 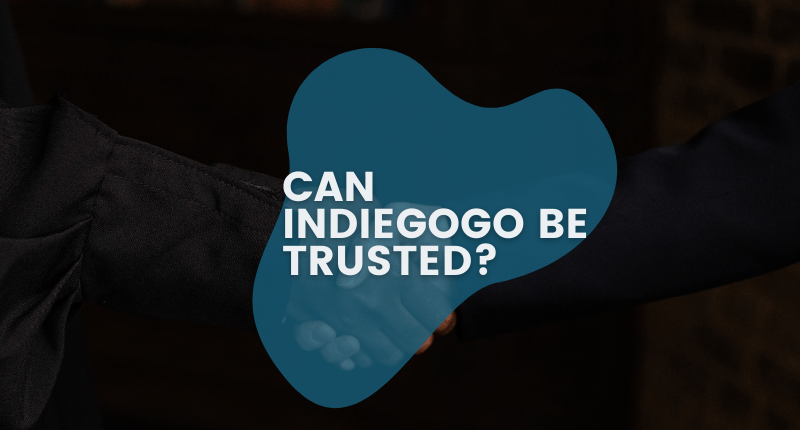 Can Indiegogo be trusted? I was once asked this question by an eager entrepreneur who wanted to launch his campaign on Indiegogo.

I was pleasantly surprised he was concerned with the trust factor because founders usually think much of it. It’s the backers who are mostly concerned (rightfully so) and so it prompted me to give up an answer that I’ll share with you today.

Why Trust is an Issue with Indiegogo

Unlike Kickstarter, Indiegogo does not have a rigorous approval process. This means it’s an open platform where anyone can start a project and there is no manual review process.

Indiegogo is more of a crowdfunding marketplace. And when there’s a marketplace, there are all types of people coming in.

Backers are generally warier of Indiegogo than they are of Kickstarter, however, that does not mean Indiegogo does not make an effective crowdfunding platform.

In fact, it is often preferred by campaigners who want an easy entry and do not want to go through an approval process for whatever reason.

The only caveat though is you got to put in the extra work to earn customer trust. There have been many scams on the platform so unless you have strong evidence (in the form of verifiable reviews, prototypes, reports or influencer backup), you’ll have a hard time gaining backers trust.

What are Indiegogo’s Trust Policies?

Simply put, evaluating the feasibility of a project is on backers. While the team does not manually review every project, it does investigate feedback and concerns from community and partners.

Indiegogo also keeps it realistic by stating, ‘With crowdfunding, there are always risks, so Indiegogo does not guarantee that contributions will be used as promised, that campaign owners will deliver perks, or that campaigns will achieve their goals…. To that end, Indiegogo does not resolve disputes, nor do we offer refunds once the funds have been disbursed.’

While Indiegogo should have a review mechanism to fight off spam, it’s not a sustainable model for a platform that aims to be an open marketplace.

So for entrepreneurs as well as for backers, you will need to work extra hard to be successful on Indiegogo.

The point is, should you?

Is it worth it to spend so much time and effort on Indiegogo?

Why Choose Indiegogo for Your Crowdfunding?

For some people, Indiegogo’s model has a few benefits that do make it worth it.

Some of those are:

Check out this video to know more about Kickstarter vs Indiegogo.

How Can Campaign Founders Build Trust on Indiegogo

There are three simple things you can do.

Entrepreneurs must put in the work to earn trust. Backers are rightfully wary of Indiegogo, but they know the nature of the platform and are also able to detect campaigns that are not trustworthy. Once you earn the audience’s trust, it’s easier to succeed on Indiegogo even after a successful fund-raiser.

Get in touch and see how we can help you succeed on Indiegogo.